According to the study of Syracuse University of New York the capital of Las Palmas is officially the city with the best climate in the world. Mogan is on the other hand the place with the most quantity of cloudless days of the whole European Community.

Generally in the south it's never colder than 20 degrees during the day in winter season and normally not more than 32 degrees in the summer season and there are on average only 17 days of rain in the whole year!

Still not sure if Gran Canaria is the right place for your perfect holiday? 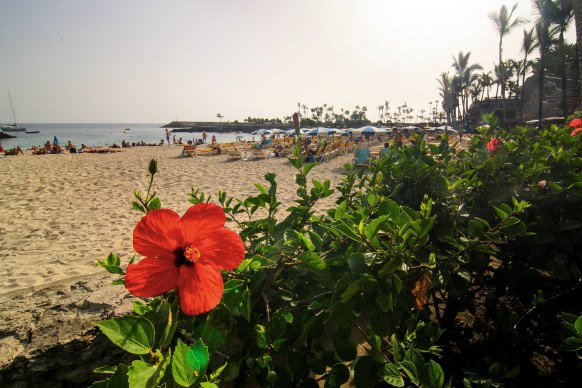 Did you know that out of 236km of coast all around the island of Gran Canaria, more than 60km are beaches, most of them of gold volcanic sand? You see you have quite a big choice and if you come to holiday in Gran Canaria, you can sunbathe every day on a different one. The ocean temperature is between 18 and 22 degrees on average so it is very inviting for a swim even during the winter months. And if you don't like swimming and relaxing on the sand, you can enjoy a walk on one of the longest beaches of the island:

But there are many more beaches with all the facilities and therefore very popular with sunworshippers:

There are also virgin natural beaches a bit further from the touristic areas like Veneguera or Güi-Güi Beach which during certain seasons is only accessible by boat.

If you prefer to explore the coast of Gran Canaria in a different way, not only on the beach, visit our section of Boat trips and then just lay back and let the ocean breeze caress your face!